Becoming A Life Coach Isn’t All About The Class! (Guest Post by Coach Jordan Bloom)

Becoming A Life Coach Isn’t All About The Class! (Guest Post by Coach Jordan)

The light bulb went off!

I didn’t realize until this past week that becoming a life coach was about so much more then just paying for Mentor Masterclass and listening to Coach Jey each week.

I had my first coaching call with someone other than my coaching partner and wow was it hard. But, it was also the best experience I have had so far as a coach.

So many people are way to nervous about being coached to take the offer! I did have one friend though who was very interested and the perfect person to start with. I felt comfortable enough around him because I have known him for a few years, but not overly comfortable because we aren’t “best” friends.

He had known I was becoming a life coach for a while now and was really interested in having a session, which was fantastic! Except I did not feel ready at all until last week when I finally took him up on it. He went through quite a few stages in our one hour face to face session. This was also my first face to face session, ah nerve wracking! Here is a brief summary of what happened.

The play by play of becoming a life coach while actually coaching:

2. He was suspicious and asked me where these questions came from.

3. He thought the whole “life coaching thing” was Bull S***.

4. He started to get annoyed that I was pushing him to go deeper.

5. He finally made some realizations and asked me to hold him accountable for a few short term goals

6. I waited, waited, waited….considered calling him, but didn’t have too! He called me and said he couldn’t wait to keep going and asked me to send him my schedule.

I am so happy it went well! Becoming a life coach is no easy feat and I am proud! I was truly nervous that he would call me out for being a phony or not knowing what I was doing. I really considered that that would be a recurring theme with clients and that was not a great feeling. In the end though, digging deeper was what really made it happen.

I had to keep reminding myself throughout the session to keep going even though he was getting very uneasy. I channeled Coach Jey in our Monday morning classes, she’s not easy on us and she really gets into it. I also channeled my coaching partner and friend, Coach Gwen who isn’t easy on me but who is great at getting me to express what my TRUE feelings are.

So here is what I would recommend to others becoming a life coach.

It’s truly about getting out there and I realize now that even If I have a few rejections, I will always have this one friend who is eager to take me up on coaching.

I would also say to those becoming a life coach to push a little further than you want to go. I knew that I had gotten to that point where I was uncomfortable pushing any further but I realized if I went passed my comfort zone just a little bit it would make me a better coach and it would be more beneficial to my client.

This has become a motto in coaching to me, to take myself out of my comfort zone so I can be a better coach to those who want to be coached, who are spending their hard earned money and taking themselves out of their comfort zones to better themselves. My clients deserve it!

So to all of you out there becoming a life coach, here is what I want you to do. Book a free session with a client and push yourself. Just when you feel the session is getting uneasy, push just a little extra and I promise you will start to see your clients open up. I had to see this first hand to believe it and I am so grateful that I did. 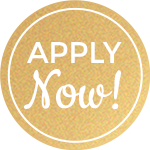 If You're Ready Right Now...

Enter your name and email to get FREE instant access to a recording of me leading a Mentor Masterclass community call. Experience an inner child meditation and meet the powerful women I serve across the world.